Anyone who was forced begrudgingly to take Latin at school, probably knows that “Fera” means “Wild”. (Lets be honest, if you took latin in school, you probably would remember very little more than Amo Amas Amat or in my case Caecillius)
In this instance, Fera is the perfect name choice for Simon Rogan’s Michelin Starred and highly acclaimed restaurant.

Why? Well as they have said far more eloquently, it “reflects both the primal influence of nature and the highly seasonal ingredients favoured in Simon’s cooking” 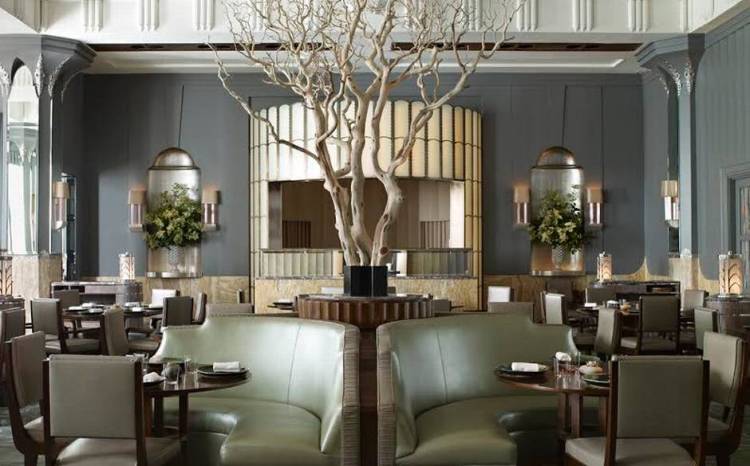 Having taken over from Gordon Ramsays 12 year residency here at Claridges, Simon Rogan offers the perfect refurbishment to what is essentially a landmark in London’s blueprint.  Also…. No big deal, but Fera received its first Michelin star less than 4 months after opening its doors…. Yes. This is a fact.

His previous restaurants include, L’Enclume in Cartmel (where he holds two Michelin stars) and The French in Manchester. His 3 stars are testament to his 110% when it comes to EVERY SINGLE element of his restaurants.

We were fortunate enough to get a tour of the kitchens to see the 35 chefs (yes 35…take that in) at work and where he, himself cooks Monday through Thursday.
Whats that? Own Grown produce?? They use the best organic ingredients, most of them nurtured by hand on Simon’s farm in the Lake District, with others carefully sourced from trusted growers. They also have what appears to be some sort of cryogenic chamber in the kitchen where they grow their own herbs ans seasonal… seasonings. I can confirm that this is in fact true.

The whole place is in keeping with the “Wild” suggestion. No, its nothing like Jumanji, but every element has been considered for its natural elements including natural walnut tables (no tablecloths), the lay lights are glazed bronze, the balustrade is nickel, and the seating is leather. Not to mention the giant dramatic ‘tree’ in the centre of the room.  It was designed by British designer Guy Oliver. 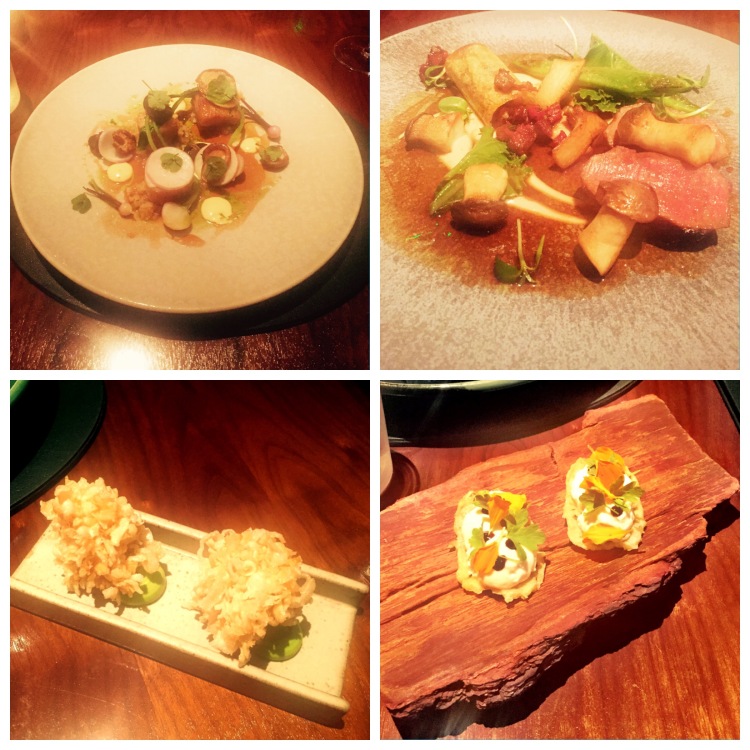 As a refined carnivore, this is EXACTLY what I love. Different combinations and flavours using the best quality meats from local (UK) sources. In simple terms, it is my dream on a plate.

I need to draw special attention to 3 dishes in particular… Vegans, Look away now… In fact if there are any Vegan readers, I would be highly surprised.

Stewed rabbit with lovage. This rabbit is incredibly tender and cooked in a crisp onion nest on a lovage sauce. Now, immaculate presentation aside, the food speaks for itself. I love this dish and what is even better is that it is served as an amuse bouche so everyone can try it. (Little known fact is that it is the only thing that has remained on the menu since opening) 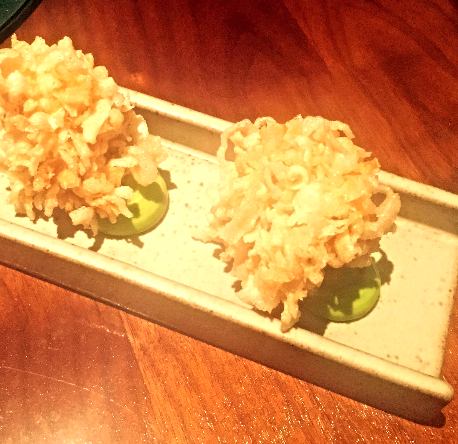 Next, the Belted Galloway beef, braised rib, sprouting broccoli, smoked marrow, morels. This was actually my guests dish. I use the term “was” correctly as a not-so-small portion was given to me to try. The beef was super soft and the smoked marrow as a sauce was delicious.

Finally, the pork belly with snails and baby turnips was sensational and rich as it was beautifully presented. This was a winning plate for me.

Also a special mention to their sommelier who picked out the perfect bottle of fizz to compliment the food. It was something that I wouldnt have thought to choose and it was exactly what we wanted for such a hot summer evening.

​
Simon Rogan has expanded his portfolio with Rogan & Co, (as well as extensive farm acreage), two restaurants in Manchester (The French, and Mr Cooper’s House & Garden) and Roganic, a two-year ‘pop-up’ in Marylebone… Suffice it to say that here, you are in good hands.

Need more proof? After receiving its first Michelin star less than four months, it was ranked #17 in the National Restaurant Awards 2015’s Top 100 UK list and rated ‘Newcomer of the Year’ in both Harden’s London Restaurants 2015 and Decanter Magazine. If you aren’t booking this as we speak, then I can only assume that is because you are heading down there in person.