In London, getting a Michelin star is a big deal…Huge. Retaining that star for 25 years is nearly impossible and as a result, anywhere that is able to do so is a pretty impressive establishment… I give you the wonderful Pied a Terre.

It is easy to rest on your laurels (What are laurels?!) when you have a coveted star and a spot on one of London’s most sought after addresses.

However, the maintenance and appeal of this restaurant falls largely to owner David Moore… aka. Mr Charming. Unlike most restauranteurs of this calibre, he is there almost every night, making his way around each table with a glass of red and some winning chat in order to make sure  everyone in there feels special and is taken care of. Everyone. 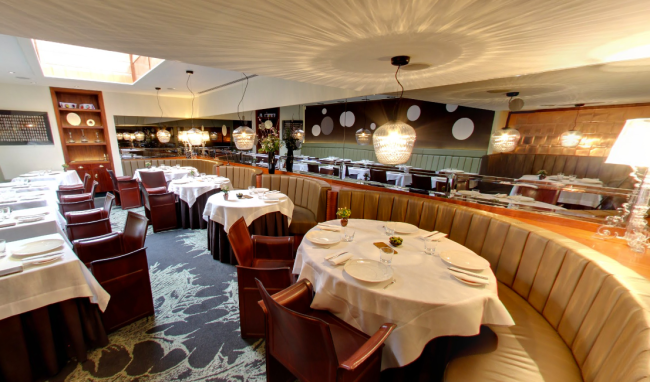 We had the chefs tasting menu with wine flight.

While I usually steer clear of bread at the start of a meal (as an unnecessary and usually quite underwhelming filler), I basically couldn’t resist the Black Olive bread. It was delicious. 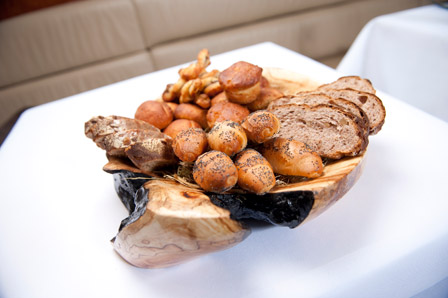 We started with the Potato croquette with a basil and pea dressing. I mean, it’s no secret that I love a croquette and this one was particularly well crisped on the outside with a gooey potato filling.

Then came the Tapioca cracker with squid ink and taramasalata. Being half greek, an affinity for taramasalata is basically ingrained in me. I do understand that if you did not grow up with fish roe adorning everything your grandmother made, that it may have a little less appeal. I would urge you to try this though as it is a more creamy, more subtle flavour than that pink whipped fish variety you are imagining.

Then came the Jerusalem artichoke mousse, topped with fried artichoke. This came with a layer of Parsley Oil at the bottom, which was a nice decorative addition, though the dish would have been just as nice without. The mousse was yummy and truthfully a lot more full of flavour than I had expected. The fried artichoke worked almost like little (healthy-ish) crisps to eat the mousse with. 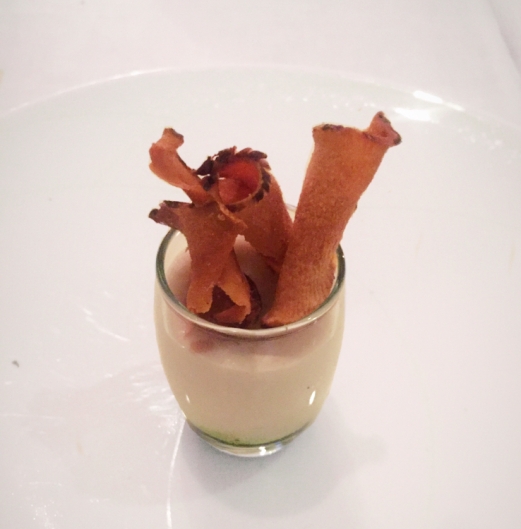 I should mention at this point that we aren’t even at the starters yet, so loosen your belts and get comfortable.

First up was the bowl of Celeriac, Apple, Walnut, Belper Knolle (a type of cheese). Now, I love celeriac and so this was perfect for me and a great way to lead in to the meal.

The next of the starters was the Scallops Ceviche, Cucumber, Balsamic, Dill. This looked sensational. The colours were pretty outstanding and for those of you that have never tried scallop ceviche, shame on you, this would be the best way to start.

What made this a little different is that the cucumber and white balsamic vinegar came in the form of a jelly. 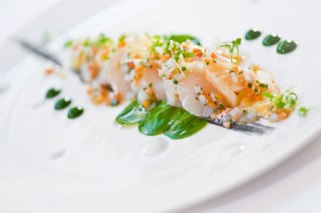 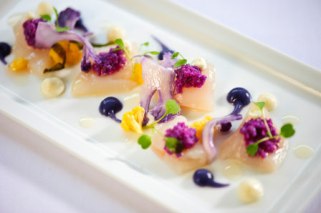 We then had the Lemon Sole, Seaweed, Jersey Royals, Celery, Clams

They also do a pretty well renowned Sesame Seared Mackerel that is popular amongst diners.. 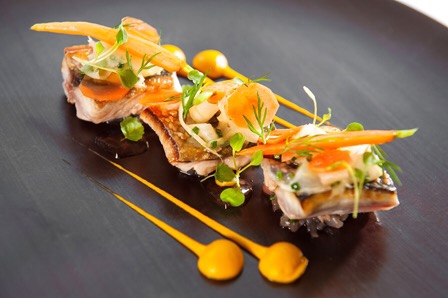 Our main was the Fallow Deer, Fregola Sarda, Black Pearl Curry, Smoked Bacon, Beetroot, Red Chicory. It is worth mentioning that Chicory is an arch enemy of mine and makes me almost as angry as fennel. (Almost). However, the use of the black pearl curry and the pork crackling-esque bites meant that the chicory was not as bitter and dominant as usual. While I am still no fan of this leaf, I also appreciate that I am in the minority there.

The fallow deer was delicious and cooked PERFECTLY. It was exactly the way venison should be. If you were a deer, you’d be pretty proud. I LOVED this dish.

Cheeses. ALL of the Cheeses. These were really fantastic and I can’t imagine anyone being anything less than genuinely impressed and utterly fulfilled… (I mean, apart from lactose intolerants). 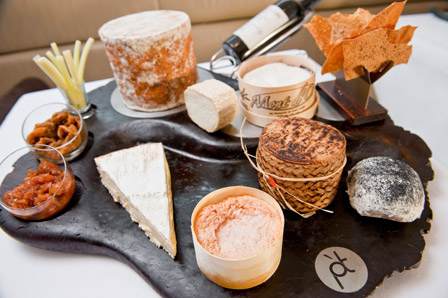 Dessert was two fold. First up was the Pineapple, Kaffir Lime, Cucumber, Coriander.

Then the sensational Chocolate Cremeux, Honeycomb, Guiness, Pistachio. Woof!! Any dessert that combines Chocolate, Honeycomb and pistachio is already a winner in my book. Throw in some coconut and I may never leave.

Michelin stars in London are few and far between, but the charm, individual attention and personal time you get here is pushed to have a rival.