It’s not often you stay in a hotel that has just been voted “No.1 hotel in the world” by TripAdvisor, but last week, I did just that.

Budapest… You probably associate it with thermal baths, stag/hen weekends and (dreamy) Goulash… for good reason, these make up a decent sized portion of reasons to go to the city. However, look past the stags dressed up as bearded brides (and one orange Donald Trump in a mankini) you will find something much more special.

I have been to Budapest twice in the last 9 months and have really enjoyed it both times. The city genuinely has some of the most amazing buildings, sights and restaurants in Europe. With its Ruin Bars (it’s a thing) and Michelin restaurants, all you need is a sensational hotel to complete your sensational weekend…. Welcome to the Aria Hotel by the world-famous Library Collection.

I love a theme. The pernickety in me likes to see a trend in the decor. Be it “Spanish Hacienda influence”, Elizabethan era or with giant wire frame animals spread around the hotel, I am sold. The Aria decor is all an homage to musical legends.

From the second you walk in, you are led by a piano walkway into the 4 areas of the hotel (Opera, Jazz, Classical & Contemporary). A little like the one in “Big” if Big was set in a super chic hotel.

The sky is also visible in their ultra cool sky mirror under the original staircase with a view to the top table on their rooftop. 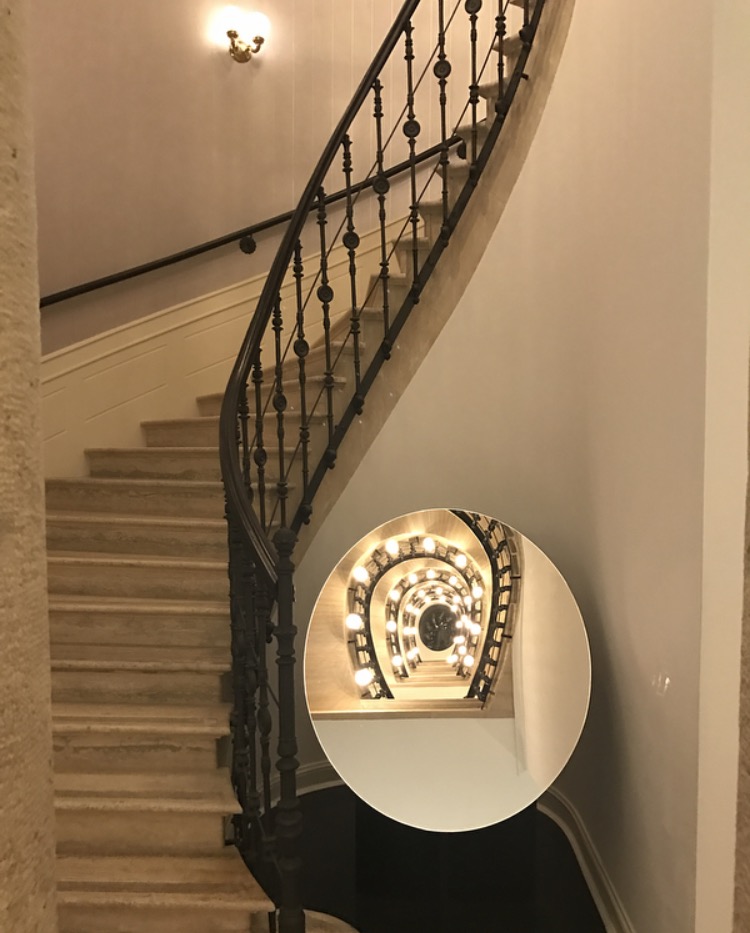 I stayed in The Supremes… which is totally my bag a) because I think The Supremes are too cool, and b) because the design was super cool because of it. If you don’t like the Diana Ross and The Supremes it is either because you don’t realise which songs were theirs, or you just don’t like fun. 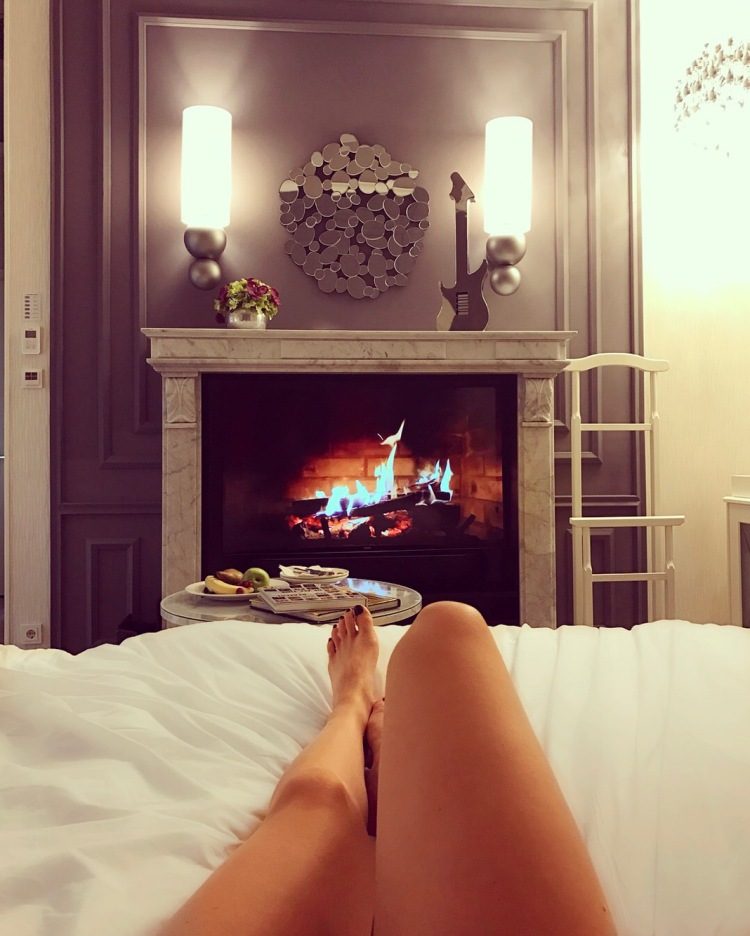 Whats that you say? A giant platinum Diana Ross disc as a feature? A giant mural of The Supremes?  Yes. And yes.

Processed with VSCO with hb1 preset 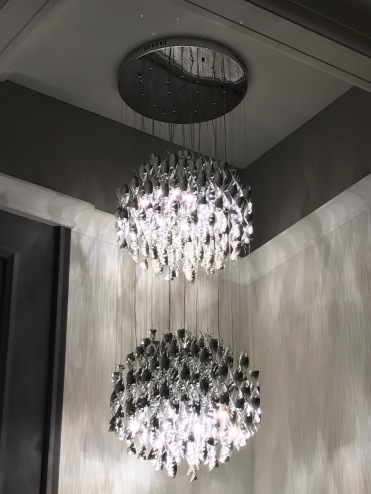 One of the added little comforts of this room is the fireplace. (Ok digital fireplace). It crackles and even plays across the bathroom speakers so you “feel” warm when you’ve come in from the cold.

Most rooms have an open air balcony with a sofa and a view overlooking the Music Garden Courtyard.

This is literally the most comfortable room to relax in before a night out. Although, I would say that the room service menu is pretty limited but if you take a walk (lift) up or down a couple of floors you’ll have far more options.

Each room is a totally different style dependant on its name sake and so if you’re a little more James Brown than you are Mick Jagger, it’s probably worth doing some research. They have 2 restaurants in the hotel. The first is Stradivari which is “casually sophisticated bistro-style dining”. I would say that the food is a little more chic than that and the decor (Including sensational little suspended violins) is far more luxurious than it is bistro.

Alternatively, there is The Music Garden at the very centre of the courtyard with a… well frankly a ridiculously impressive 6 floor skylight which is available for breakfast, “light bites” and my personal favourite, the complimentary daily cheese and wine time. I won’t lie, this was more than a little popular with my travel companion who LOVES cheese ( wine). 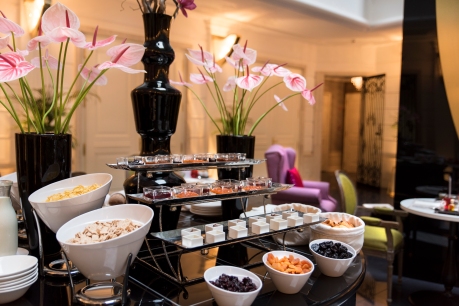 They have two bars. On the ground floor is Satchmos Bar which plays old Hollywood movie clips on loop within a super cool electric blue mirrored room. All the mirrored bricks are signed by musical legends that have stayed there.

They also have a great wine list and G&Ts the size of small pets.

Oh, and they also serve… non. stop. macarons. I have said (numerous times) that I love macarons. Because, what is not to like about something that is made almost entirely of sugar and ground almonds?!… I mean it’s also not technically a “cake” so in my mind it’s almost guilt free.

They have a batch so large, you’d have to declare it at Heathrow. If this photo doesn’t hypnotise you, feel free to declare yourself emotionally vacant.

The other is the Key Note Sky bar. This is the hotels 2nd wow factor (the first was the skylight… keep up people).

Why? Well if you have to ask then you’re on the wrong site. I mean, literally look at this view point!!

All day cocktails and frequent jaw drops are available all year round… (a very clever heated rooftop means no frostbite with your Christmas tipple).

Oh, and no biggie, but you can also do rooftop morning yoga classes with an open air view of Budapest. Na.Ma.Stay.

I love a spa, but often I feel like hotels are very loose with the term. All too often, I swan down to the spa a la bathrobe and slippers style, only to be greeted by a hallway of doors reminiscent of The Shining each containing a rickety massage bench and some oils. Erm… Non.

I want open expanses of water, I want tranquil music, I want to breathe in lemongrass almost exclusively. Luckily for me, they tick all of these boxes and more. What is more? Oh, I don’t know, how about indoor pool side cabana day beds? Check. How about more treatments than is possible to type onto one sheet? Mais Oui. All in all, it is clear to see why this hotel is so highly rated and respected. The effort in the details is pretty astounding and whether it’s for the rooftop bar or a weekend stay, I for one cant wait to go back. See you on the roof.