Often hotels and restaurants with regal names fall short of the mark… “The Royal” this and “Kings” that. So sometimes, when you are treated exactly as you are promised, it really takes you a back. Welcome to The Mykonos Princess.

This is boutique chic so think more Princess Charlene of Monaco than Mia Thermopolis of Genovia.

It represents the young and vibrant side of Mykonos with a cool, relaxed Balearic vibe. 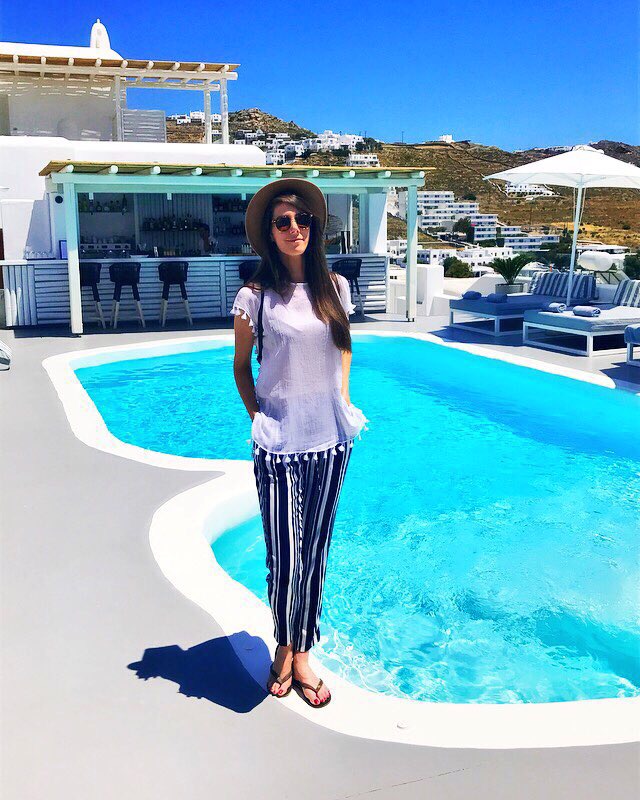 What makes this place so great is that it has a great view of the sea and Agios Stefanos beach without being too close to the town and secluded enough that it feels private and like your own little chic hideaway.

The hotel has 34 modern rooms, which are all decorated in Mykonian style… (Lots of natural colours, hints of blue and the famous white stone walls).

Now…. The bed…. Oh My Hellenic slumber. I can’t describe to you the comfort in the bed. If anyone is considering buying me a gift for any occasion (it is my birthday in September), I will 100% take one of these mattresses. Not. Kidding. I haven’t slept this comfortably since a previous general anaesthetic for my wisdom teeth. If that wasn’t enough praise then they also do a “pillow preference” service, where by you just chose your favourite type of pillow from an option of about 5 different thickness, softness, filling etc.

Now, my opinion is heavily biased on this topic as I had one particular late night where the barman re-opened the bar and furnished us with every drink imaginable until a time that I cannot say without getting him into trouble (just kidding, it wasn’t that late)… Let us just say that I awoke to a tab the next day that included at least 7 different types of cocktails, but also memories of a sensational night by the hotel with some fab other guests. It goes some way to showing the lengths and dedication of their staff that they looked after us so well and considering he was about to leave when we arrived!

I also need to make a special mention of Omar, Irene, Erieti, Vasileos, Sortiros, and Ioannis. Why? Because not only are they pretty sensational human beings but also they really made the stay extra special for us and I felt we really knew them by the end. 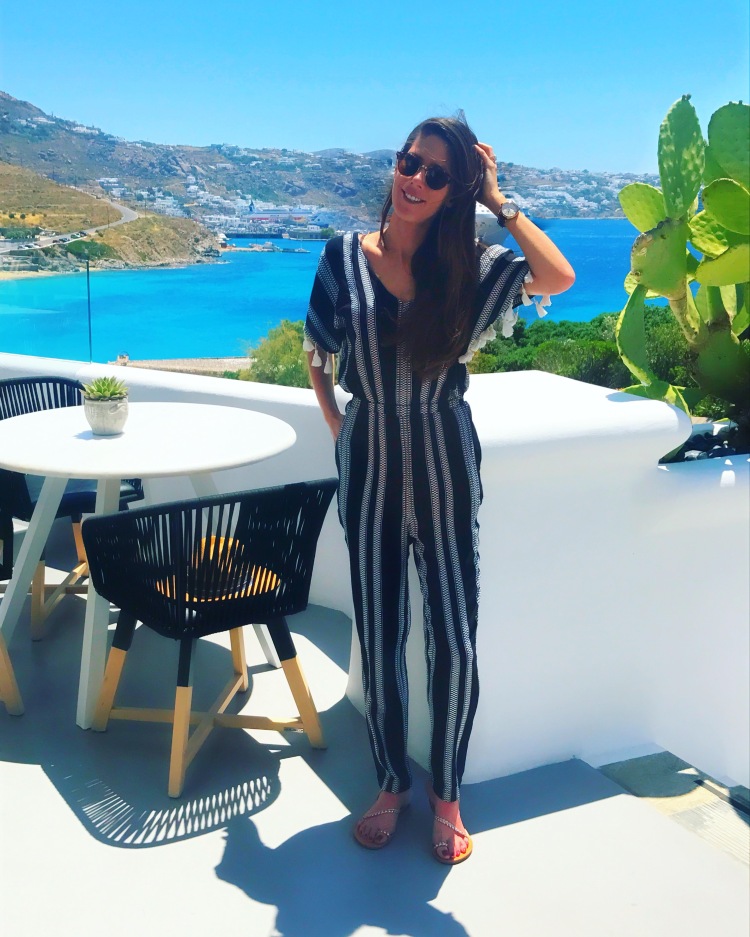 They have an all day menu from breakfast time to… well whenever the last person leaves, (which became more of a challenge than a loose rule).

I would definitely recommend the fish as it is incredibly fresh. 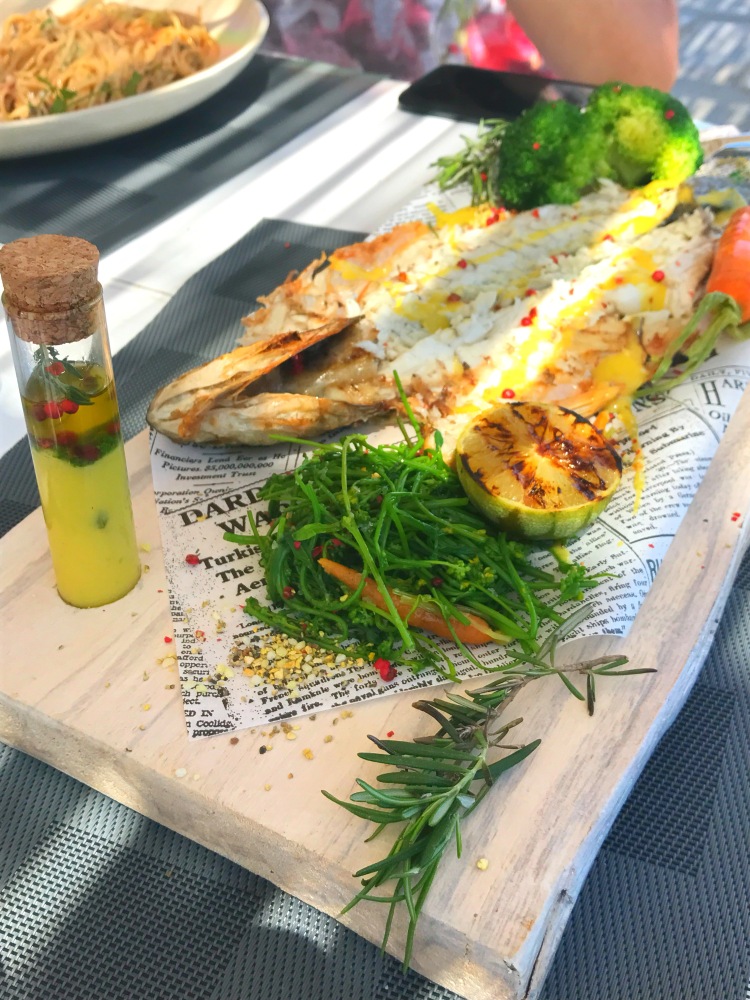 This includes seafood Spaghetti, Calamari and lamb. Also a big shout out to their deconstructed cheesecake. Ordinarily I hate having to put food together as its more work than taste, but when I get to actually choose the ratio of mascarpone to coulis and biscuit? I am ALL about that life. 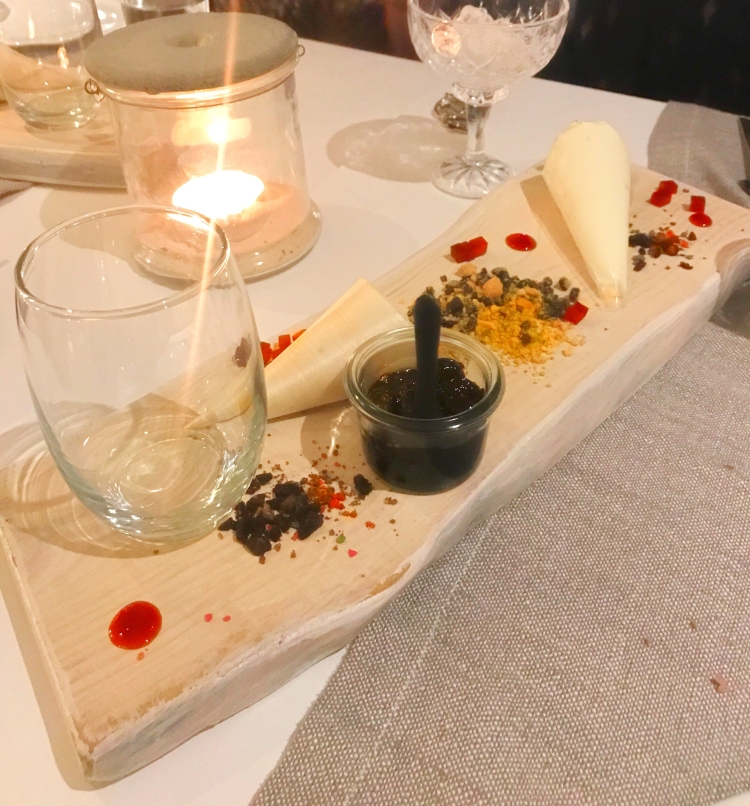 But nothing…. NOTHING compares to their notorious special, the Breakfast Library… What is it? What isn’t it is a better question.

Given the name of the hotel, I have since re-named this the “Princess’ Tower” as it is pretty grand.

Filled with pastries, cakes, cheeses, fruits, yoghurts and jams, the only thing that is missing is a greek salad…. Oh wait…. 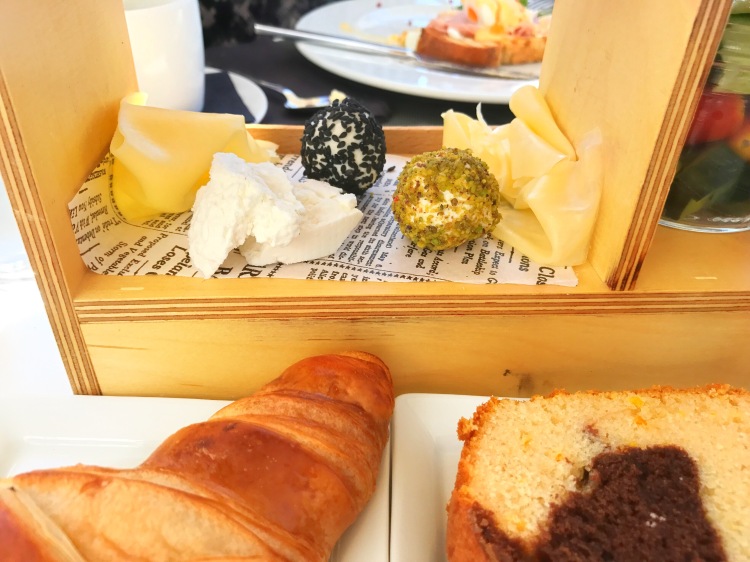 If that doesn’t rock your world and you want more (I’m not sure what that would be, diamond encrusted bruschetta or something?), then there are other options that I worked my way through daily including French toast and eggs every way… 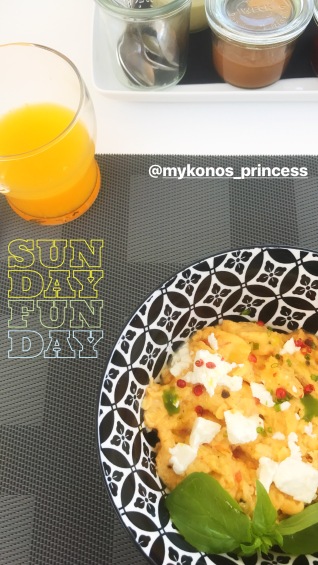 The thing is, for me it is always the little extra things that make a hotel great. The choice of an optional lavender scent in your pillows, the candy floss that they bring round in the middle of the day to perk you up a little, the fact that you end up knowing the team well as they stop to tell you what they do and where they are from.

As an example of this (another one), while I was there, it was my mum’s birthday, (lets say she’s in her early 50s because she reads this). They really went to town to make it incredibly special for her. We had a delicious lunch on the closed private rooftop that was made for us and they even had a cake made and brought in by the best pâtissier in Mykonos. I wont lie to you, I ate more of this than is deemed acceptable when it’s not “your” cake. It made it super special for her and everyone else. 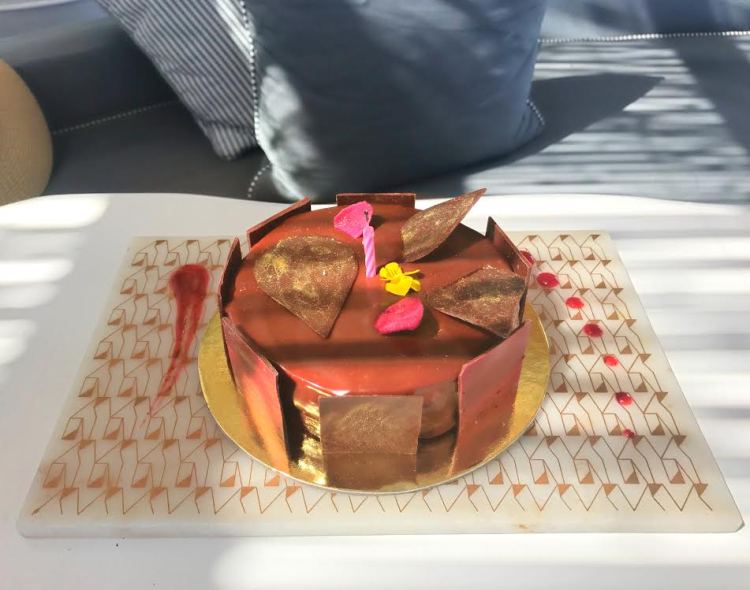 So, what else do they offer? In addition, they also have a fitness centre which is fully equipped (and not at all used by me) and most importantly, their own shuttle. Let me tell you, on an Island that has 25 taxis (This is not an exaggeration, they actually have 25 only), having a shuttle to your hotel is a reason in itself to go. 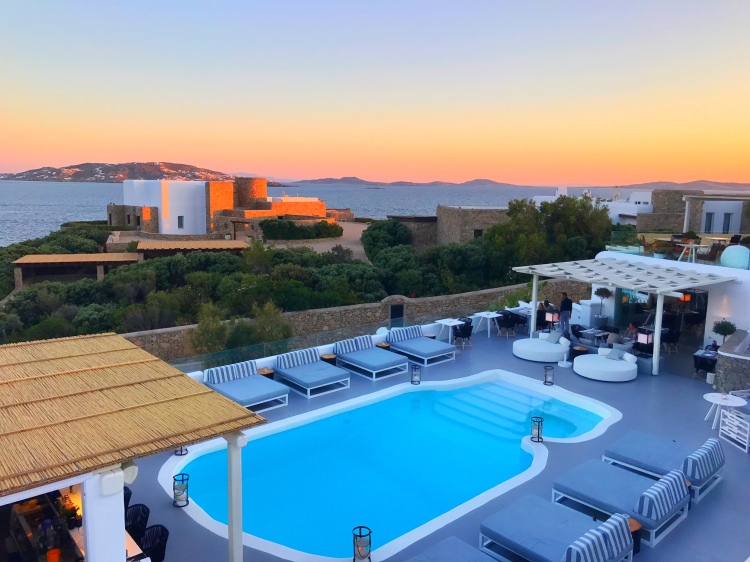 I literally cannot say enough good things about this place and the people here. I’ll say one thing though… They can expect me back for margaritas by the bar very soon.