We all know that Berlin has a host of great restaurants. It is up and coming as a city of real credibility when it comes to restaurants and their chefs. However, I will go out on a limb here and say you would be hard pushed to find a competitor for this place. I refer only to the infamous Tim Raue.

As Tim Raue himself is a German national and a Berlin one at that, this restaurant serves the obvious cuisine…. Asian…

Yes, you can be forgiven for expecting European cuisine, but you will find no Sauerbraten here… Nein, meine Freunde you will however find mind-blowing deliciousness.

Casually he later managed the culinary operations of Restaurant 44, was named “2005 Rising Star of the Year” by Gault Millau and “80 hottest tables around the world” by Condé Nast Traveller and received his first Michelin star while at the Swissotel Berlin.

If this is not enough, he and co-creater Marie-Anne have been awarded 2 Michelin stars at their own Tim Raue restaurant. They have earned each of these whole heartedly.

You can tell that this place is popular with the art set as the restaurant is literally adorned with different art from neon signs, to collectible vases and an imposing trash bag painting that dominates the main dining area.  Incidentally it used to be an art gallery. The private room and Krug table is über cool and has very contemporary artwork all over with caricature men in different poses.

Though I did not eat in here as it is for functions, I definitely would if in a group, as it looks awesome and has a chic bar feel. 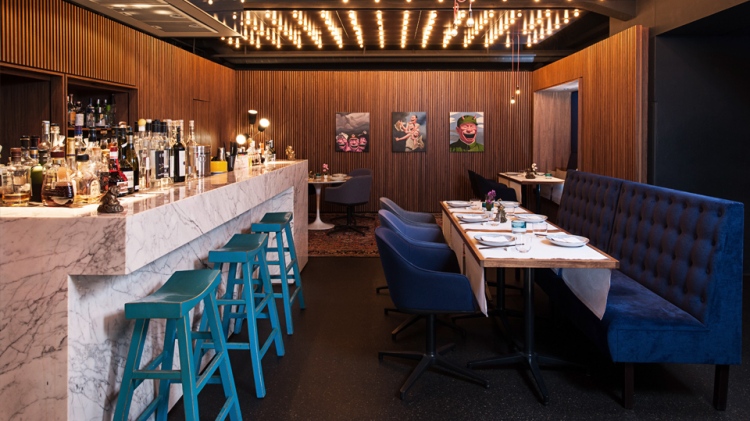 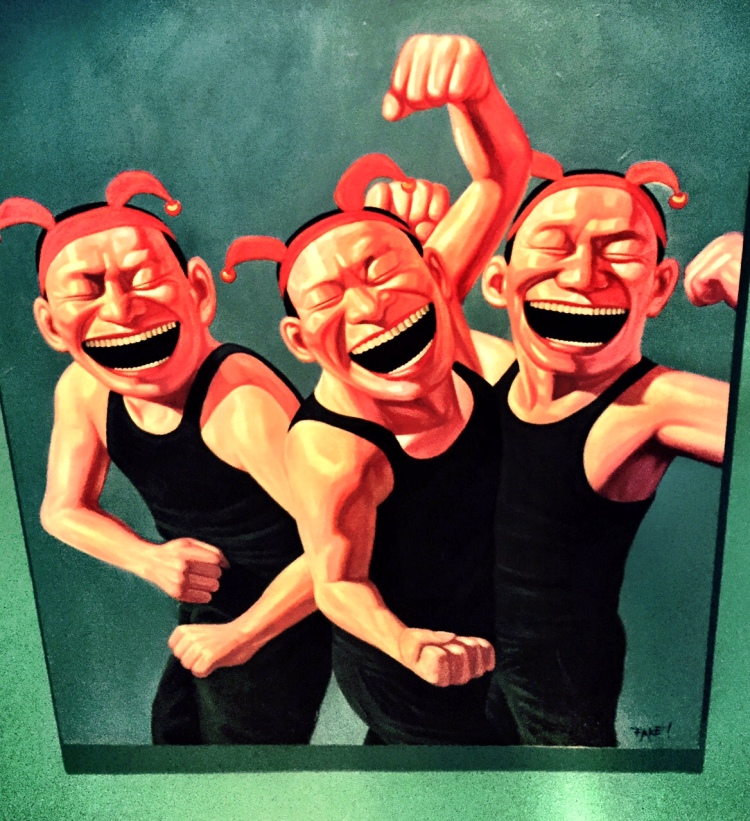 We were fortunate enough that the chef created something slightly off the menu for us and we were able to try most dishes across menus. (“Signature”, “Menu 8” and the a la carte).

The first thing we received was a selection of little starters made up of Salmon Sashimi, spiced Cashews, King Prawns, sweet & sour Shanghai cucumbers. These were like a little taster of what you were about to experience. 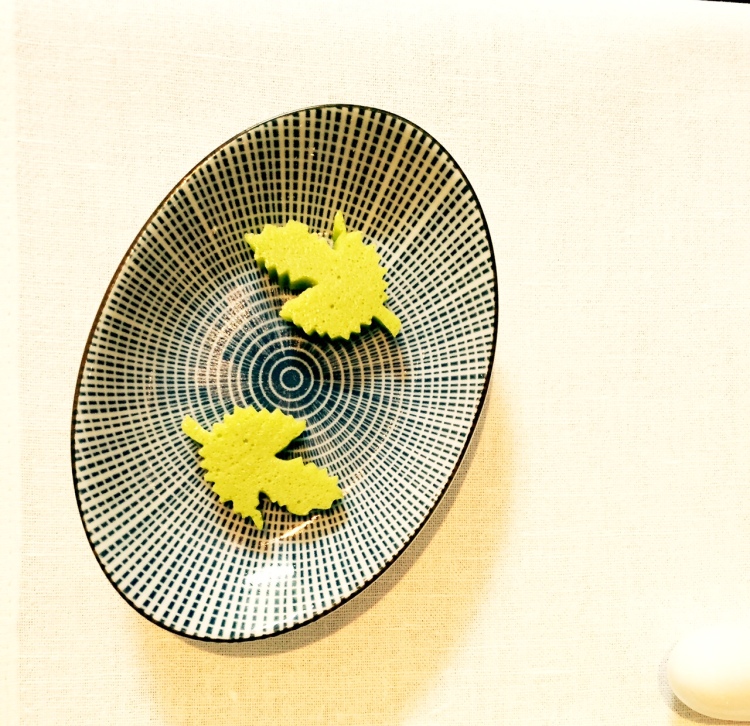 Before we discuss anything, I will need a moment of concentration for the signature Langoustine with wasabi in a battered Cantonese style with deep-fried rice chips and sat on a rich stock of fish sauce, mango, and carrot. I still think about that langoustine… Unreal.

The Pikeperch kamebishi soy 10y| leek & ginger is another favourite amongst diners and is a delicious white meaty fish (aka Zander) and they love it in Germany.

It was cooked beyond perfection and without sounding a little too invested, was a frankly a duck game changer for me. It came in the forms of a soup, a terrine (with extra rich foie gras cream of course but balanced with pickled cucumber), and a tightly pressed yet fall apart pressed duck breast meat on a waffle.I mean, just wow. But actually Wow.

As you know, one of the quickest ways to win me over is with a good beef or suckling pig dish and they pull out all of the stops with this guy. The Suckling pig, dashi & japanese mustard..

Another favourite with diners is the Manny’s beef, beetroot & spring leek

Another part of the meal that deserves discussing… No, deserves full attention, is the seriously inventive dessert of Mousse of stewed celery and chocolate, choc leaves, kalamansi sauce, celery sorbet. Why? Because it uses celery sorbet! Not being a massive fan of the celery, I was unsure what to expect, but after this, I am totally on board. On another note, if you the stars tasted like delicious stellar shaped Caramac bars (which I just love). The fact that it looks sensational is an added bonus.

I went on a Saturday day and was surprised that there seemed to be almost complete booking of the whole restaurant.

Even more interesting was watching the other diners as they tried each of the dishes and experiences and nodded to each-other as if they were both experiencing something wonderful that demanded acknowledgement.

It was not loud but it has a real underlying buzz of conversation and discussion over the food and the ingredients etc.

It felt like we were all in on the same secret and in turn felt like a special little group that you are all part of for 120 minutes of telepathic bonding.

Tim Raue is one of an empire of restaurants and while I have not tried the others, I would safely assume that this is the crown jewel in the cabinet. There are 2 more in Berlin ( SRA BUA at the Kempinski Hotel Adlon and La Soupe Populaire).

I will be back to try the other two but in the mean time, my heart is with this one.