You know that Idilic image of Britain that the rest of world has… Where life in the UK is all Mr Darcy, Jane Austen and Downton Abbey… If only that actually existed in real life… 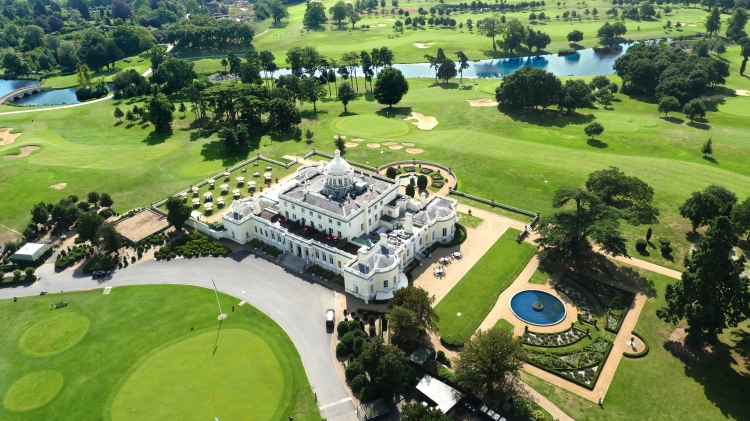 Mostly designed by James Wyatt as commissioned by John Penn in 1788, this 5 AA Red Star Hotel (highest accolade given to hotels) has 300 acres of amazing parkland (complete with deer), lakes, historic gardens and monuments created over the past one thousand years. (From 1066, the estate was owned by Henry Hastings).

Look familiar? It should… It has played host and set to pretty much every proud British film including Bridget Jones, Downton Abbey, Layer Cake, James Bond and a number of concerts.

As a little insider info. It is often said that it bears resemblance to the White House. There may or may not be a hidden private dining room that is modelled on The Oval Office… (There is)

Most of the original architecture has been very well maintained throughout with little additions of modern here and there and it is full of stories and little unnoticeable trivia. When you go, ask them about the hooks on the bannister, the unobstructed inside view of Windsor Castle and the painting of King Charles I children… The team are super informed and really make your stay extra special for you. 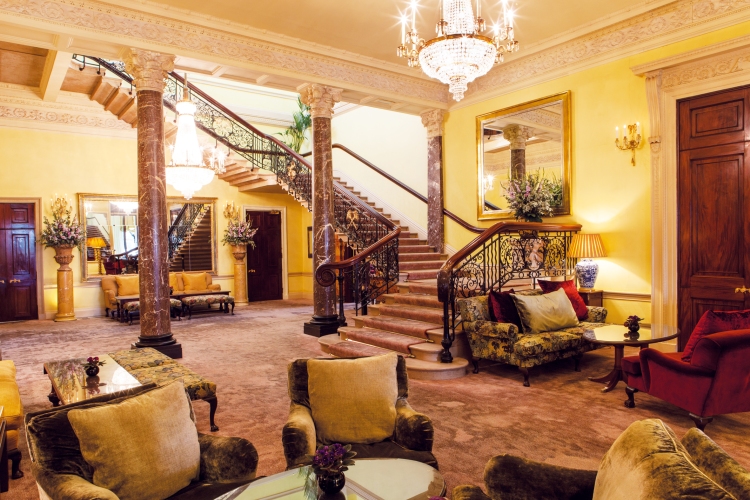 There are 49 Luxury Bedrooms & Suites. Each is named after a different visitor/influence to Stoke Park and has a story of each. I won’t give you an example as they are all different and I’m not about ruining surprises for you. They are divided between the Mansion House (traditional and dating back to the 1700s) and the Pavilion (Modern and sleek with traditional additions).

We dined in Humphrey’s, the hotels 3 AA Rosette, award winning fine dining restaurant under the direction of Chris Wheeler.

What is different about Humphreys? There was a large table of 10 friends, a couple on anniversary, a long family table spanning 3 generations… People were having fun!

Sometimes, I want to hear laughter and jokes over my velouté and there definitely was plenty of both here. 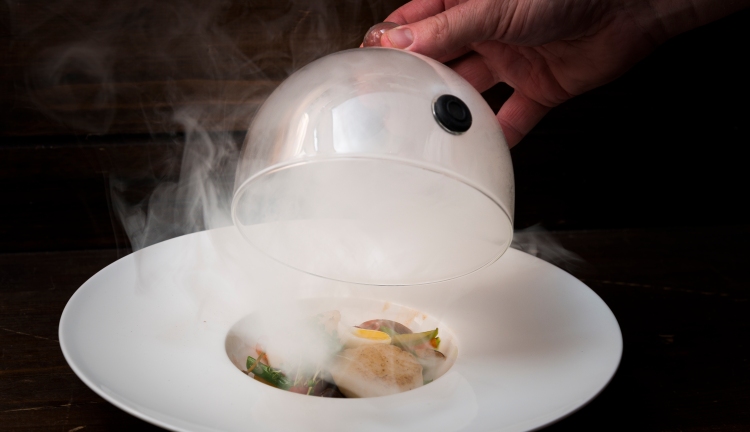 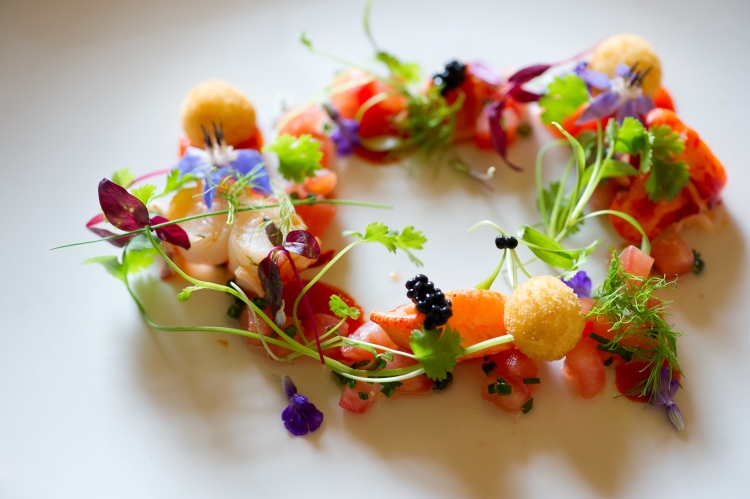 I had the Crab & avocado tian & quails egg to start. Perfectly seasoned with addition of grapefruit. Now, I usually feel about grapefruit the way I do about Fennel… Not good my friends, not good. However, with the crab combination it worked well and added a little acidity to a rich dish.

My guest had the Cumin Pan-fried Scallops with Sticky Chicken Wing, Cauliflower Puree and Raisin Compote. These were fabulous. I was marginally envious.

I also love their Amuse-bouches with 2 or 3 little treats in the form of a savoury panna cotta with hazelnuts and parmesan crisp and little spoons of Mullet & chicken tasters.

My guest had the amazing Pan-fried Loin of Lamb with Turnips, Minted Petit Pois, Celeriac Puree and Lamb Jus while I went for the Roast loin of Venison, which was cooked very very well and was not overly gamey in flavour. This was a winner for me.

For dessert, we both had the deliciously decadent Bitter Chocolate Box with Chocolate and Caramel Mousse. It came with Frangelico Gel, Salted Caramel Ice Cream, Hazelnut Tuille and Hot Caramel Sauce… Right?!

Their treatments and spa has put them in the top 4 spas in the world by some judges…. I can safely tell you that after the Aromatherapy Associates Essential Rose Facial, frankly my skin feels like a piece of silk and I have already mentally planned my next one.

They also have steam rooms, hydro-seats, an Olympic size swimming pool and an outdoor sauna.

On a personal level, I love their giant modern paintings/wall art and would happily have one in my living room.

I am almost ashamed to say that I visited the gym during my relaxing trip… but truthfully, this gym was more of an Olympic training facility than a hotel gym at 4,000 sq. ft. and had every machine known to man.. Including some frighteningly professional ones that I can only assume turn into transformers when the lights are off?

After the gym, we had a game of tennis on one of their 13… Yes Thirteen courts. (Both indoor and outdoor)… I mean, I am no Sharapova with a racket, but it was good fun.

Why so many courts? I am glad you asked… Stoke Park is proud host to the Boodles Tennis every year, which sees the worlds best tennis stars play in a tournament. Djokovic, Nadal… Excuse me while I just pick up those names I just dropped.

at Stoke Park, on June 3, in Stoke Poges, England.

As a little extra, they do Christmas dining, banquets and balls, because… well because it looks the way it does in the snow. I mean… it’s literally “Christmas”

Ever the fan of a Jane Austen novel, this place is like Gold Leaf, Georgian Cat-nip to me and I…. I am completely addicted.